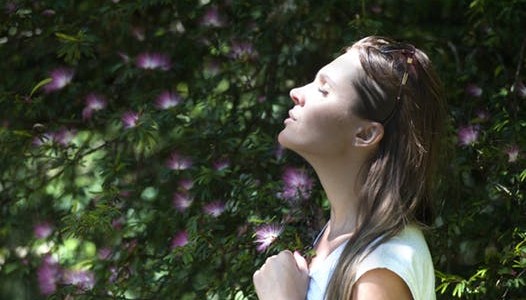 Yoga breathing exercises, also known as pranayama, are an important part of a developing yoga practice. Pranayama is one of the Eight Limbs of Yoga referenced by The Yoga Sutras of Patanjali, which means that it was considered an important step in human development. In addition to supporting and deepening your yoga asana practice, learning ways to calm or invigorate the body through breathing will greatly benefit all aspects of your life. Our lives are moving at such a fast pace and with such emphases on social media, we simply need to learn to slow down and we need to start breathing again! If you’re feeling stressed, the advice to “take a deep breath” is as cliché as it comes. But even if you know that slowing your respiratory roll really can calm you down and make you feel rested and relaxed, few people know how this process actually works.

There are thousands of yoga breathing exercises but it is important to start with breath awareness focusing on the inhalation and the exhalation in and out through the nose. This simple technique will occupy your mind and will give you something to focus on .Paying attention to the breath is also a meditation technique that can be used on or off the mat, as it has the effect of keeping us constantly in the present moment. The past and the future melt away when the mind becomes fully focused on breathing.

Over the next few weeks I hoping to post interesting blogs related to yoga breathing and the wonderful benefits of breath awareness but in the meantime, feel free to join my classes in UL Sport Arena Limerick or Limerick Strand Hotel and until next time, take care and watch this spot for my new program called “Breathe For Speed”